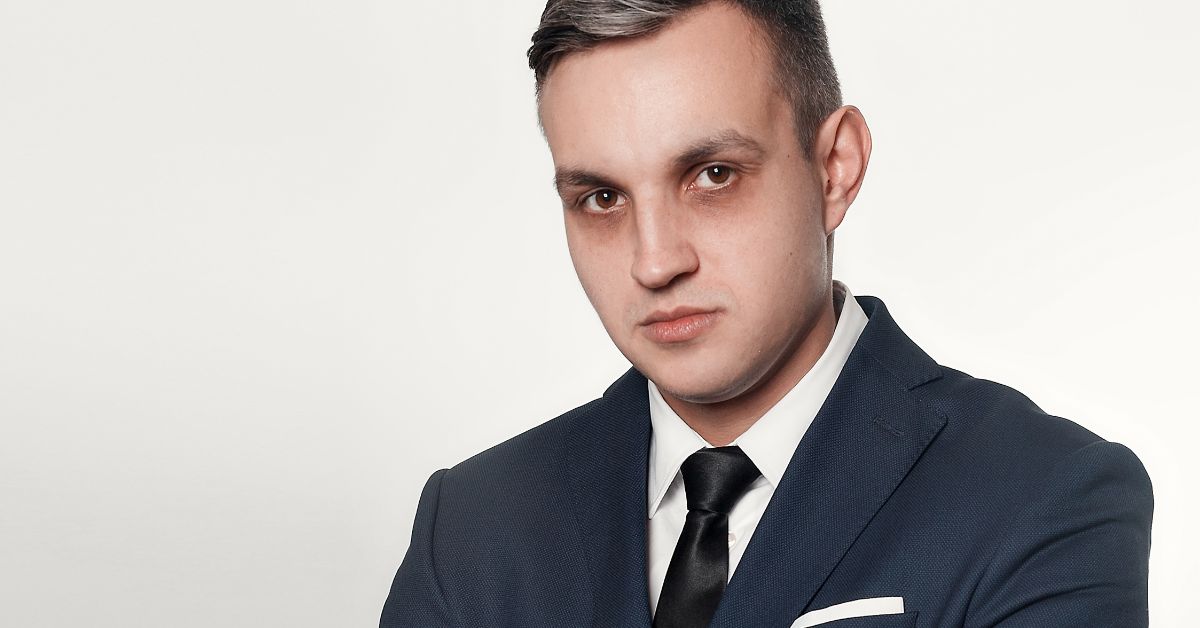 Dark circles under the eyes can be a serious issue for men. While there are many potential causes, some are more common than others.

Many men experience this issue, which various factors can cause. But what causes it, and what can be done about it?

We’ll look at what can cause dark circles under men’s eyes and what you can do about them. Keep reading to learn more! 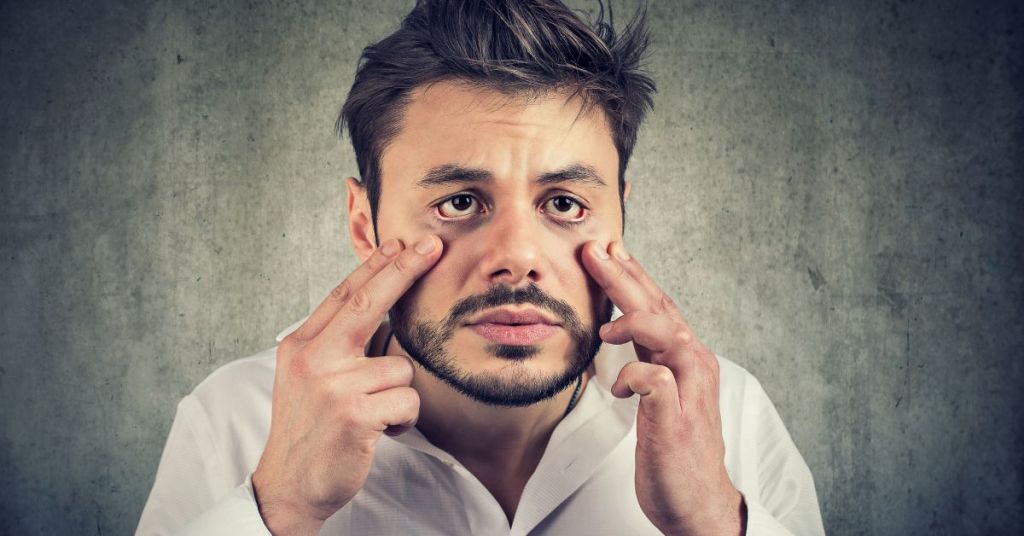 Dark circles under the eyes are a common complaint, especially among men. While fatigue and allergies can contribute to this problem, Genetics is often the root cause.

Genetics can cause dark circles under the eyes in a few different ways. First, some people have darker skin tones under their eyes, which makes the appearance of dark circles more pronounced.

Second, some people have thinner skin around their eyes, which allows darkness from the underlying blood vessels to show through more efficiently.

Finally, some people have a natural tendency to produce more fluid in the area around their eyes, which can also cause or worsen the appearance of dark circles. 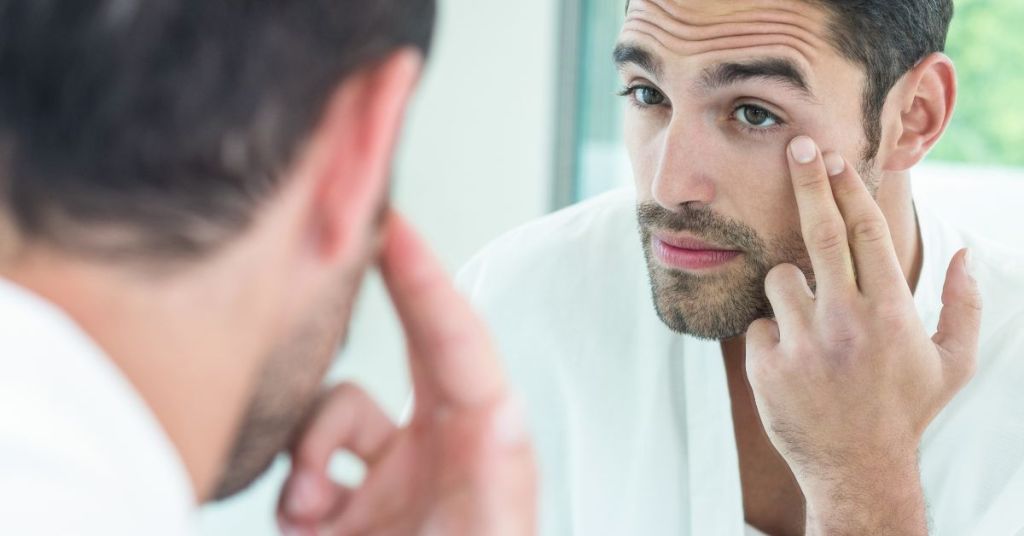 Also, the skin under the eyes is thinner and more delicate than the skin on the rest of the face, making it more susceptible to showing the underlying blood vessels.

The fatty tissue around the eyes is thinner in men than in women, which can also contribute to the appearance of dark circles.

If you’re concerned about dark circles under your eyes, several treatments can help minimize their appearance. However, it’s essential to consult with a dermatologist to determine the best course of action for you.

Lack of sleep is one of the most common causes 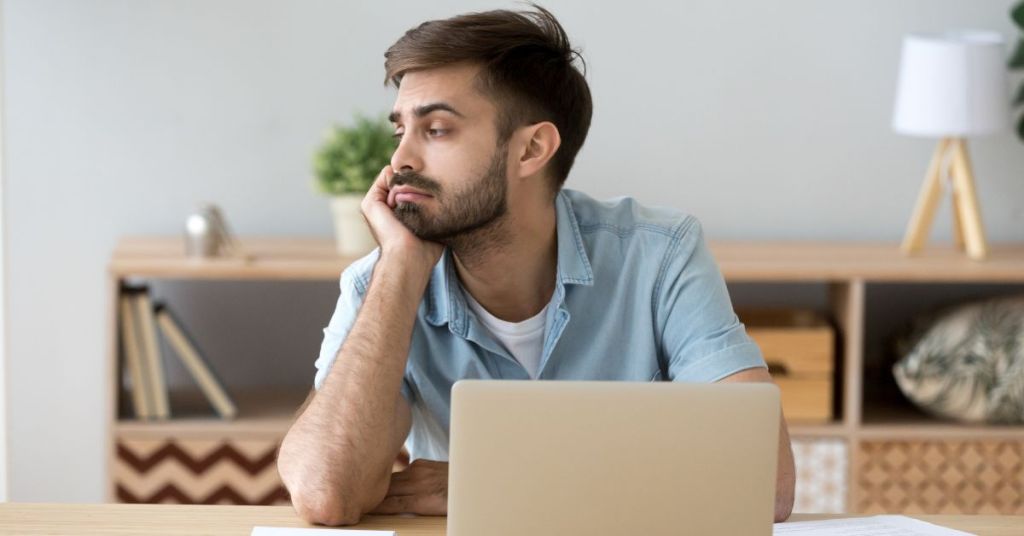 Dark circles under men’s eyes are a telltale sign of fatigue. While there are a number of potential causes, one of the most common is simply not getting enough sleep.

When you don’t get enough rest, your body doesn’t have a chance to repair itself properly. As a result, blood vessels can become dilated, and skin can become thinner, leading to the appearance of dark circles.

Lack of sleep can also cause fluid accumulation under the eyes, further contributing to the problem. If you’re struggling with dark circles, taking steps to get more sleep is an excellent place to start.

In addition to getting a full night’s rest, you can also try using an eye cream that contains hyaluronic acid, which can help to temporarily plump up the skin and reduce the appearance of under-eye circles.

Allergies can cause inflammation and puffiness 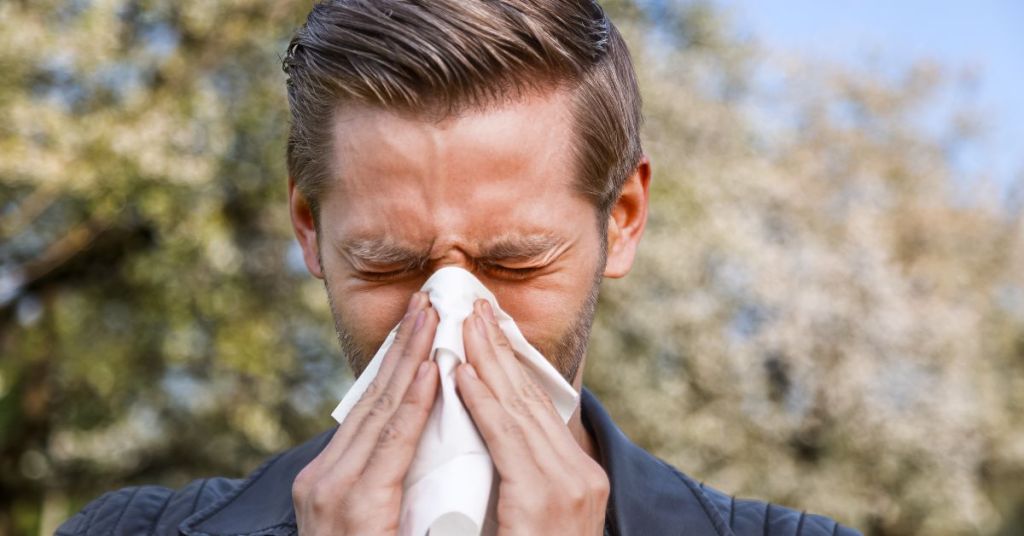 Allergies can cause inflammation and puffiness, which can also contribute to forming dark circles. Allergies are not the only factor that can cause dark circles under the eyes, but they are a common culprit.

If you’re suffering from allergies, you can do a few things to help reduce the appearance of dark circles. First, use a saline spray to flush your nasal passages and reduce congestion.

Second, use an antihistamine to help reduce inflammation. Finally, apply a cold compress to the affected area for a few minutes each day.

Taking these steps can help minimize the effects of allergies and keep your eyes looking their best. 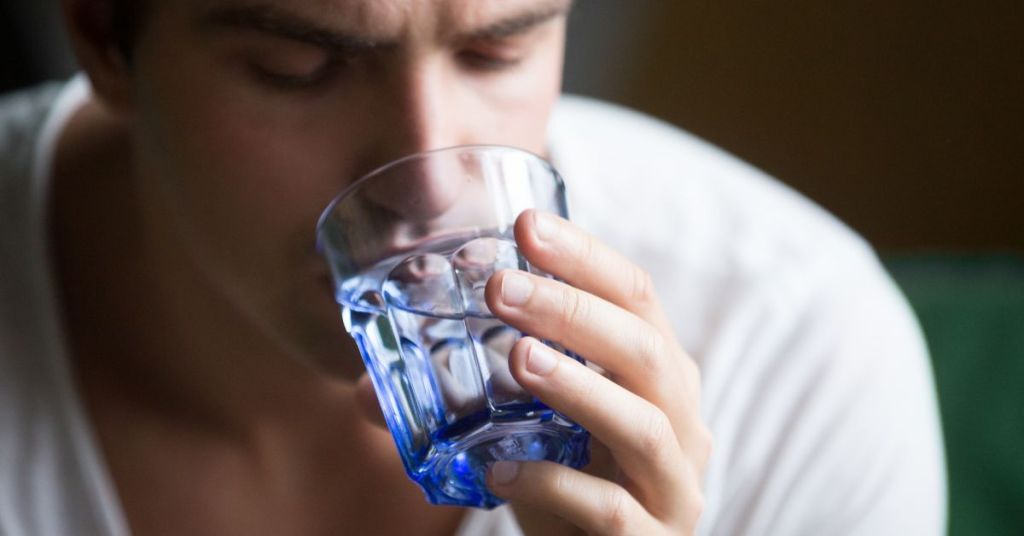 According to dermatologists, dehydration is one of the leading causes of dark circles under men’s eyes. When the body is dehydrated, the skin doesn’t have enough moisture to maintain its elasticity.

This can cause the skin to sag, creating a hollow area beneath the eyes. Dehydration can also cause the body to produce less collagen, making the skin around the eyes sag and appear wrinkled.

Although treatment options vary depending on the severity of the problem, drinking plenty of water is always a good place to start. 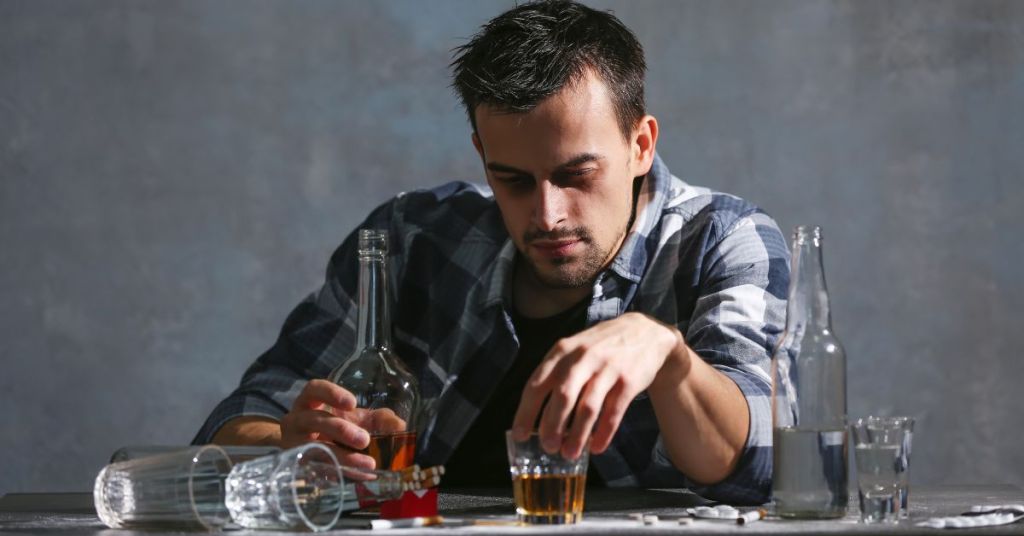 Alcohol is a diuretic that causes the body to lose fluids. When the body is dehydrated, it doesn’t function as well as it should.

The skin is one of the first places to show signs of dehydration, and dark circles under the eyes are a common symptom.

Alcohol also dilates blood vessels, giving the skin a purple or blue tint. In addition, alcohol disrupts sleep, and lack of sleep is another common cause of dark circles under the eyes.

Men are more likely than women to suffer from dark circles due to alcohol use because they tend to drink more heavily.

If you’re concerned about dark circles under your eyes, cutting back on alcohol can make a big difference. 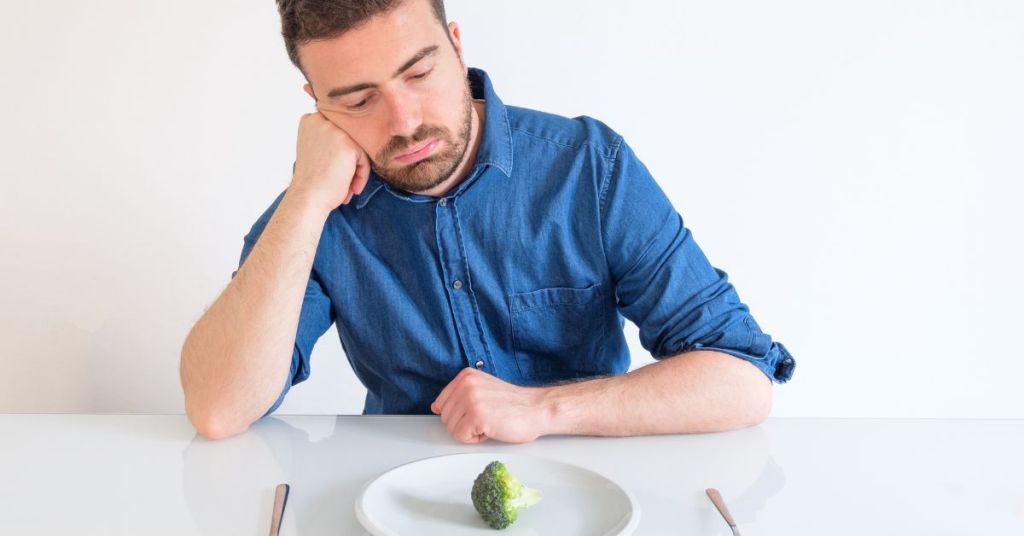 Many people don’t realize that the food they eat can greatly impact their appearance. For example, did you know that a poor diet can cause dark circles under men’s eyes? It’s true!

The dark circles are caused by the build-up of toxins in the body, and a poor diet is one of the main reasons for toxin build-up.

When we don’t get enough vitamins and minerals, it can lead to skin damage and inflammation. These dark circles are caused by a lack of nutrients, particularly vitamins A and K.

Eating plenty of fruits and vegetables will help to flush toxins out of your system, and drinking plenty of water will also help to keep your skin hydrated and reduce the appearance of dark circles. So, to avoid those dark circles, you must ensure you’re eating a healthy diet. 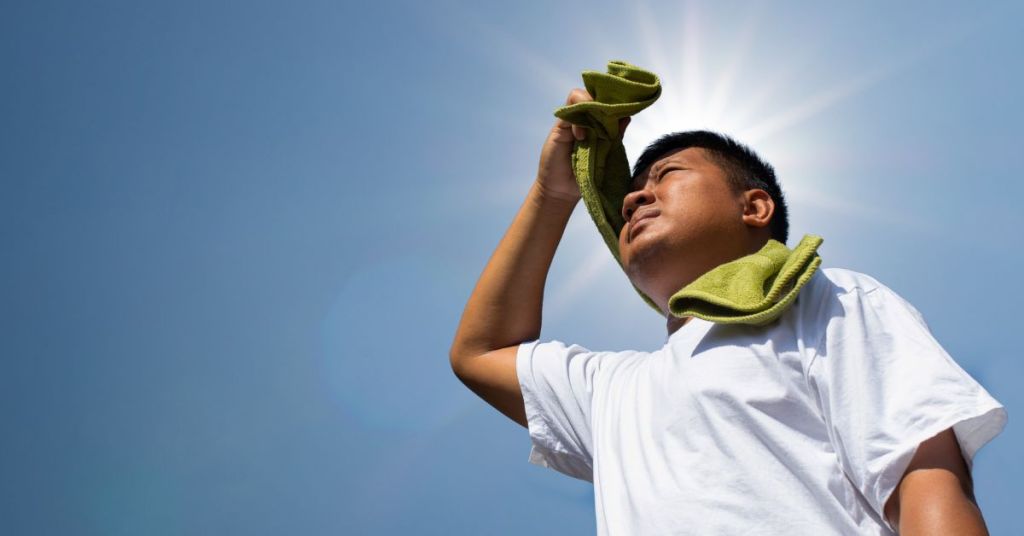 For years, people have attributed dark circles under the eyes to a lack of sleep. However, recent research has shown that sun exposure may be the culprit.

When exposed to the sun, the skin produces more melanin, a pigment that gives skin its color. The increased melanin production can cause the blood vessels under the skin to become more visible, resulting in dark circles.

Sun exposure can cause the skin to thin and lose elasticity, making the dark circles more pronounced.

Fortunately, there are a number of ways to reduce the appearance of dark circles, such as using concealers or wearing sunglasses. But the best way to prevent them is to limit your exposure to the sun.

Deficiency in certain vitamins and minerals can cause dark circles in men. For example, lacking vitamin K can lead to darkening under the eyes. Vitamin K is necessary for blood clotting and helps to keep the walls of blood vessels strong.

Without enough vitamin K, blood vessels can become weak and leaky, allowing dark pigment to seep through. Another possible cause of dark circles is iron deficiency.

Iron is needed to produce hemoglobin, a protein that carries oxygen in the blood. If there isn’t enough iron in the diet, hemoglobin levels can drop, causing the skin to appear paler and accentuating the darkness under the eyes.

While dark circles can be a sign of underlying health problems, they are also often simply a cosmetic concern.

Luckily, there are many ways to reduce the appearance of dark circles, including using concealer and getting adequate sleep.

How do men cover up dark circles?

There are a number of ways to cover up dark circles, ranging from simple home remedies to more complex camouflage techniques.

Cucumber slices or cold tea bags can also be used in this way. For more stubborn dark circles, makeup can be used to conceal the discoloration.

First, a concealer one shade lighter than your skin tone should be applied with a brush or sponge. The area should then be blended well to avoid any visible lines.

Finally, a setting powder can help the concealer stay in place throughout the day.

Dark circles are a common cosmetic concern. Though they are often associated with fatigue, dark circles can have a variety of causes, including genetics, allergies, and dehydration.

In most cases, dark circles are temporary and can be treated with home remedies such as cold compresses and cucumber slices.

However, some people may experience chronic dark circles and are more resistant to treatment.

In these cases, darker skin tones may be more susceptible to permanent dark circle formation due to the increased melanin production.

If home remedies fail to improve the appearance of dark circles, medical treatments such as fillers and lasers can be used to minimize their appearance.

Though dark circles can be a nuisance, there are various ways to reduce their appearance and achieve a brighter, more even complexion.

Next: How To Get Rid Of Hangover Eyes