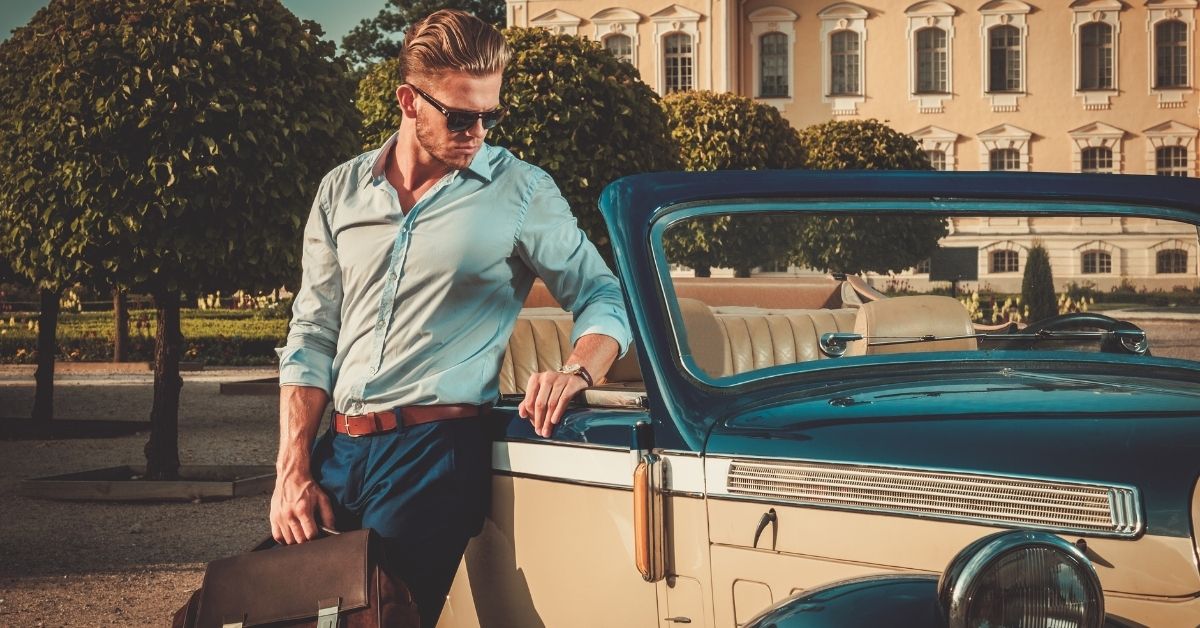 Status symbols can be anything from a designer watch to a fancy car. Anything that conveys wealth, power, or exclusivity can be considered a status symbol.

For centuries, men have looked for symbols of power to elevate their status in society. Some symbols are more obvious than others, but they all communicate a certain message about the man who wears them.

They vary from culture to culture, but some statuette symbols are universally recognized.

However, one thing that has remained constant is the importance of status symbols. A man’s status in society is often determined by what he owns and how others perceive him.

This blog post will discuss eight powerful status symbols for men. If you want to appear powerful and successful, consider buying these items. 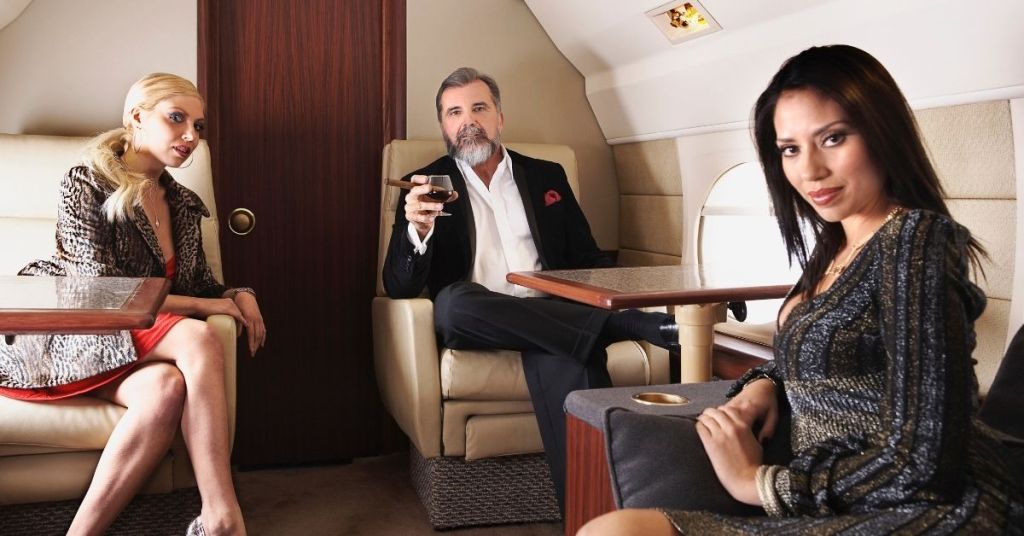 Luxury cars, private jets, and yachts have long been powerful status symbols. For many people, these items represent a life of wealth and success.

While there are many practical reasons to own these items, their primary purpose is often to show off one’s success to the world.

Owning a luxury car is a surefire way to turn heads and get noticed. Whether it’s a sleek Ferrari or a massive SUV, luxury cars scream wealth and success.

Private jets are another way to show that you’ve made it. They’re typically only owned by the very wealthy, and their mere existence says, “I can afford to fly wherever I want, whenever I want.”

Yachts are yet another way to flaunt one’s wealth. They’re often seen as a symbol of luxury and power, and they’re sure to turn heads when cruising around in them.

For the man who wants to show off his success, luxury cars, private jets, and yachts are the perfect way to do it. 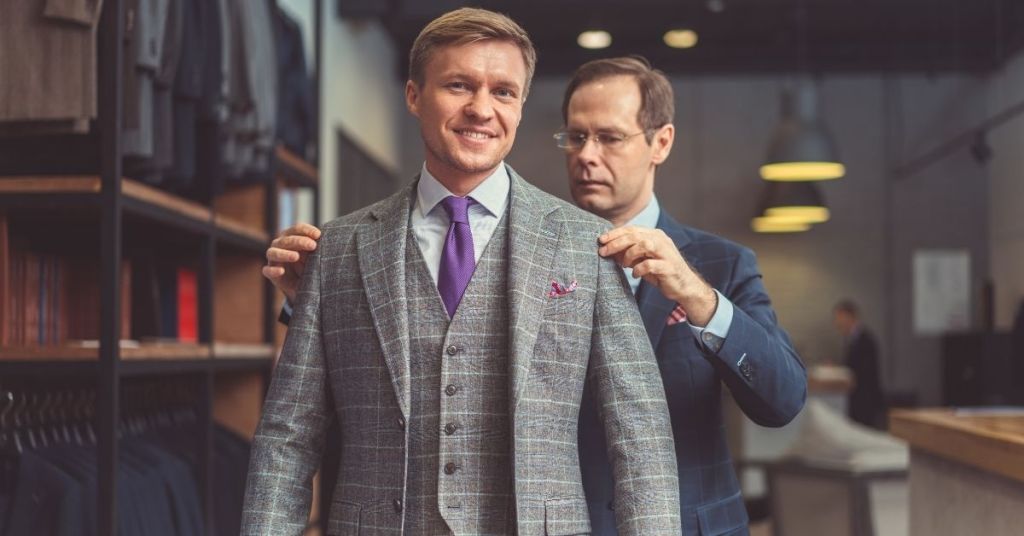 A well-tailored suit has long been seen as a powerful status symbol for men. The cut and style of a suit can convey confidence, authority, and power, which can be helpful in both personal and professional settings.

In addition, a well-made suit can be incredibly flattering, and the right suit can make even the most ordinary man look like a million bucks.

Of course, not all men are interested in suits, and there are plenty of other ways to convey power and status.

However, for those who do enjoy wearing suits, there is no denying the fact that they can be a powerful tool for conveying confidence and asserting authority.

An impressive collection of art 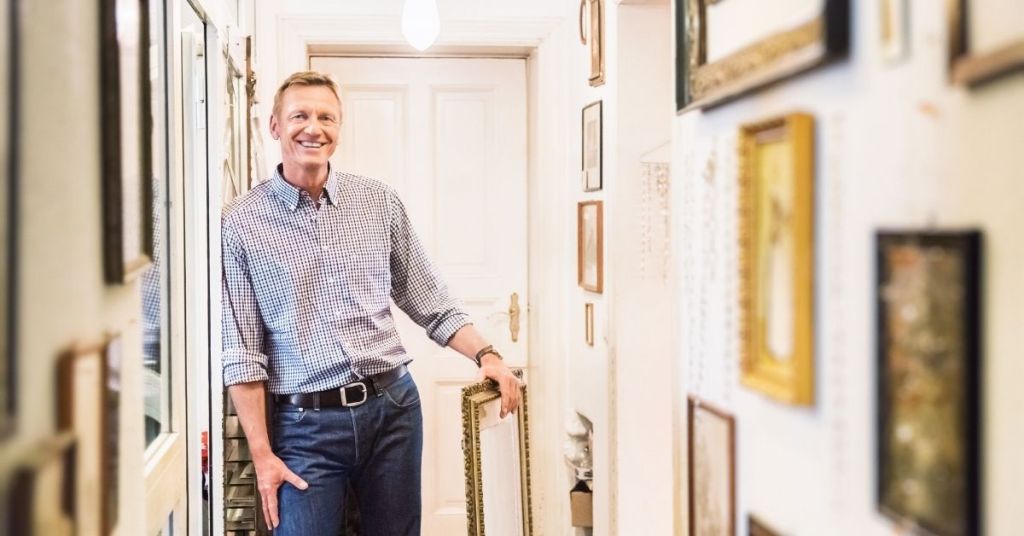 The most impressive art collections have always belonged to the wealthiest and most influential people in society.

For example, the Renaissance artist Michelangelo was commissioned to paint the Sistine Chapel by Pope Julius II, one of the most powerful men.

The Chapel remains one of the most iconic examples of Renaissance art, and it is a clear demonstration of the Pope’s wealth and influence.

In more recent times, billionaires like Bill Gates and Warren Buffett have amassed impressive collections of art, which they often display in their homes or offices.

In addition to showing off their wealth, these collections also serve as a way to impress visitors and business associates.

It is clear that, even in today’s modern world, art remains a powerful status symbol. 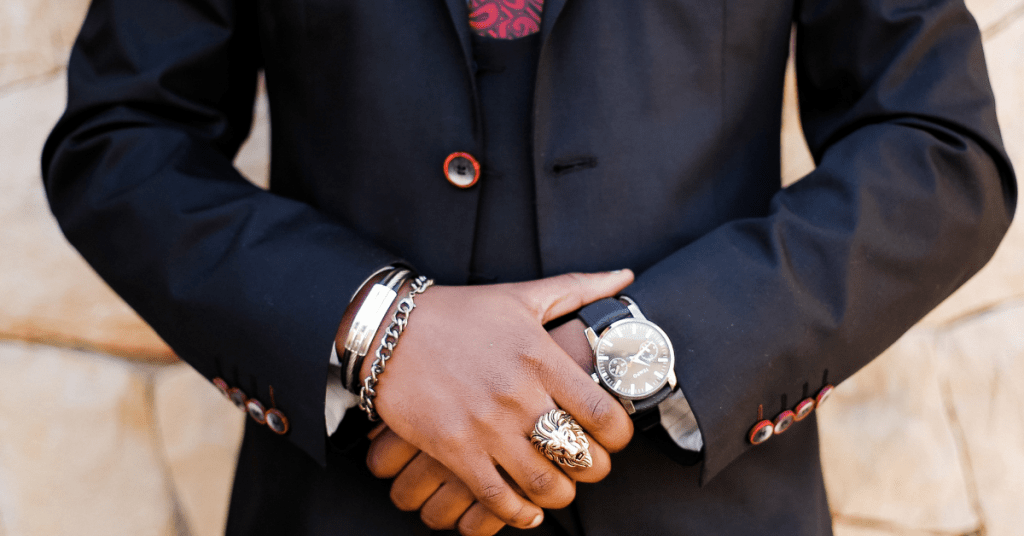 Throughout history, jewelry has been used as a status symbol to denote power and wealth. For wealthy men, fine jewelry was often used to demonstrate their position in society.

In ancient Egypt, for example, pharaohs adorned themselves with lavish jeweled collars and pendants as a sign of their power.

Even today, jewelry remains an important status symbol for many men. A well-crafted watch or cufflinks can convey success and sophistication, while a diamond ring is a classic symbol of power and wealth.

For the modern man, fine jewelry is the perfect way to add a touch of luxury to any outfit. 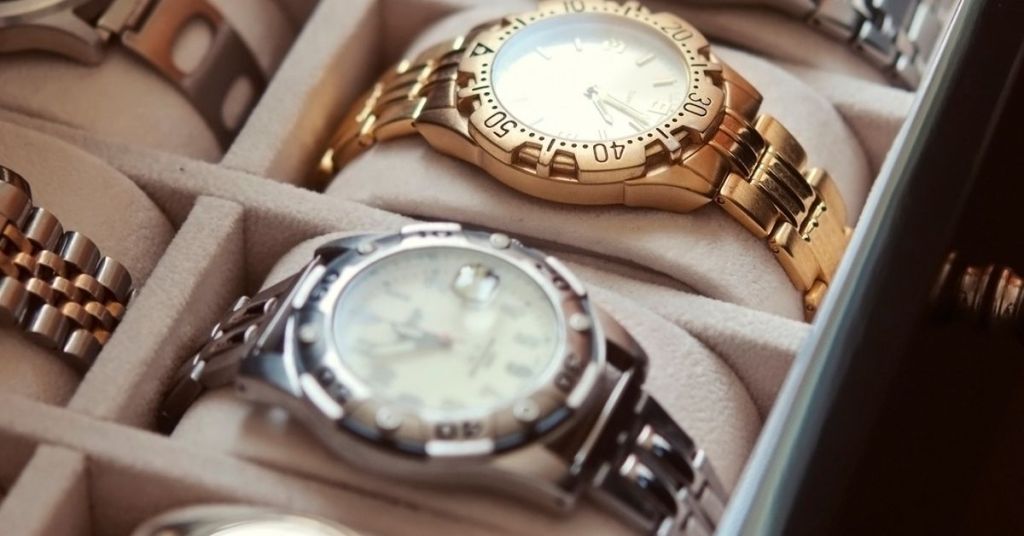 A Rolex. A Patek Philippe. A TAG Heuer. For centuries, luxury watches have been a status symbol for the wealthy and powerful.

And it’s easy to see why: these timepieces are costly, but they’re also intricate works of art, meticulously designed and crafted in each detail.

Luxury watches also convey a certain air of sophistication and refinement – qualities that those in positions of power often aspire to project.

In addition, luxury watches are often passed down from generation to generation, further solidifying their status as symbols of wealth and power.

Whether you’re in the market for a luxury watch or admire them from afar, it’s hard to deny its impact on the world of status symbols. 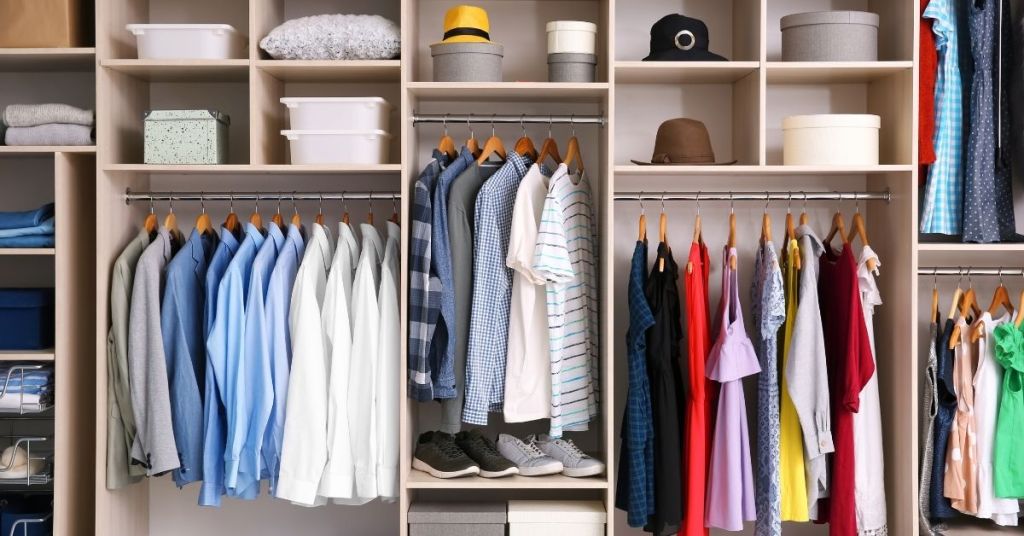 Clothes and accessories have long been used to communicate status and power. In ancient societies, only the wealthiest individuals could afford to wear luxurious fabrics and adorn themselves with precious jewels.

Today, designer clothes and accessories serve as a powerful status symbol. Wearing designer labels is often seen as a sign of success and wealth, and it can give the wearer an instant boost of confidence.

While some people may view designer clothes as a frivolous expense, their ability to convey power and status is no denying.

In a world where first impressions matter, sometimes a well-chosen outfit is all it takes to make a statement of success.

Large home in a desirable neighborhood 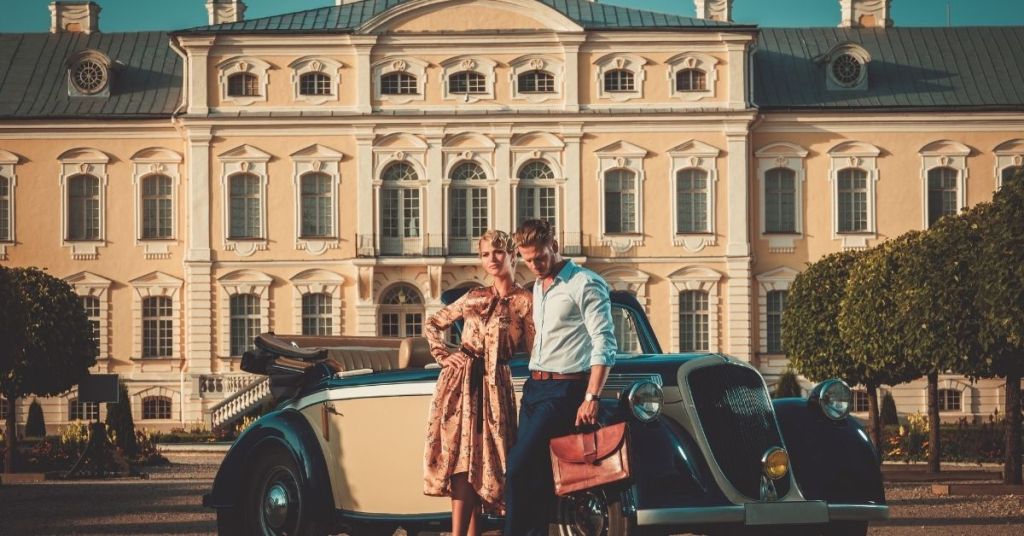 A man’s home is often seen to reflect his success and status. In many cases, a large home in a desirable neighborhood is seen as the ultimate status symbol.

For some men, the size and location of their homes are a source of great pride. They may feel that it demonstrates their hard work and dedication to their family.

In some cases, a man may even feel that his home represents his masculinity and power. While there may be some truth to these claims, it is essential to remember that a home is more than just a status symbol.

It is also a place of refuge and comfort, where families can come together and create memories. Ultimately, a home should be a source of joy, not just for the man who owns it but for his entire family.

Membership in an exclusive club or organization 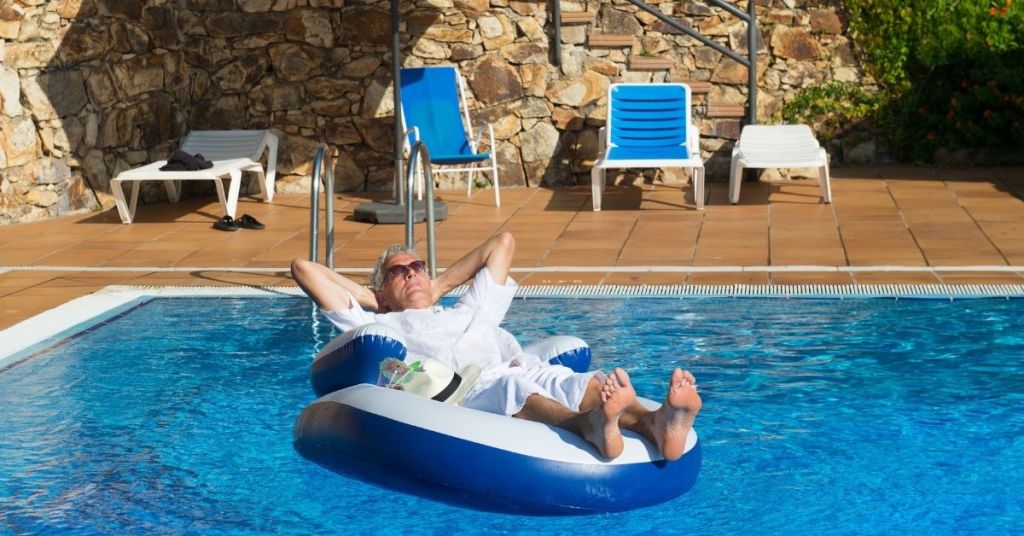 Membership in an exclusive club or organization is a powerful status symbol. In some cases, these clubs are social organizations where members can enjoy the company of like-minded individuals.

However, some clubs also offer opportunities for networking and business deals. For the most part, these clubs are quite exclusive, and membership is often based on connections or wealth.

As a result, belonging to one of these clubs can be a way to show off one’s status and power.

The membership dues for these clubs can be quite high, which can also be seen as a sign of wealth. For some men, membership in an exclusive club is a way to display their success and power.

What is a high-status man?

A high-status man is an individual who commands respect and admiration from those around him.

He exudes confidence and authority, and people naturally gravitate toward him. A high-status man is also typically successful in his chosen field, whether in business, politics, or social interactions.

He has a strong sense of self-worth and knows how to get what he wants. Women are attracted to high-status men because they represent power and status.

On the other hand, men are often intimidated by high-status men and may feel the need to compete with them. Either way, there is no doubt that high-status men command attention and respect.

How can a man improve his status?

A man’s status is determined by several factors, including occupation, education, and personal relationships.

While some men are born into a high social class, others must work hard to achieve a similar level of success. Here are some key ways to improve one’s status:

One of the most important things a man can do to improve his status is to get a good education. A college degree can open doors to better employment opportunities and increase one’s earning potential.

Pursuing advanced degrees or professional certifications can help a man stand out from the competition and demonstrate his commitment to excellence.

Another way to improve one’s social standing is to form strong personal relationships. Developing close ties with influential people can help a man gain access to exclusive networks and opportunities.

Finally, a man can improve his status by simply being assertive and confident. Making an effort to dress well and carry oneself with dignity can make a man appear more prosperous and powerful.

By exuding confidence and authority, a man can command respect from those around him.

How do Alphas dress?

Alphas are often characterized as being assertive, confident, and successful.

They are typically unafraid to take risks and are comfortable being in the spotlight. When it comes to dressing, alphas tend to go for clothing that reflects their status and position.

They often opt for designer labels and well-tailored pieces. Clothing is usually high-quality and stylish but not overly flashy.

Alphas know how to put together a look that conveys power and authority without being arrogant or overdressed. In short, alphas dress to communicate their confidence and success.

Next: How Not to Be a Fashion Disaster: Men’s Common Faux Pas