How to Look Taller: 7 Easy Tips for Men 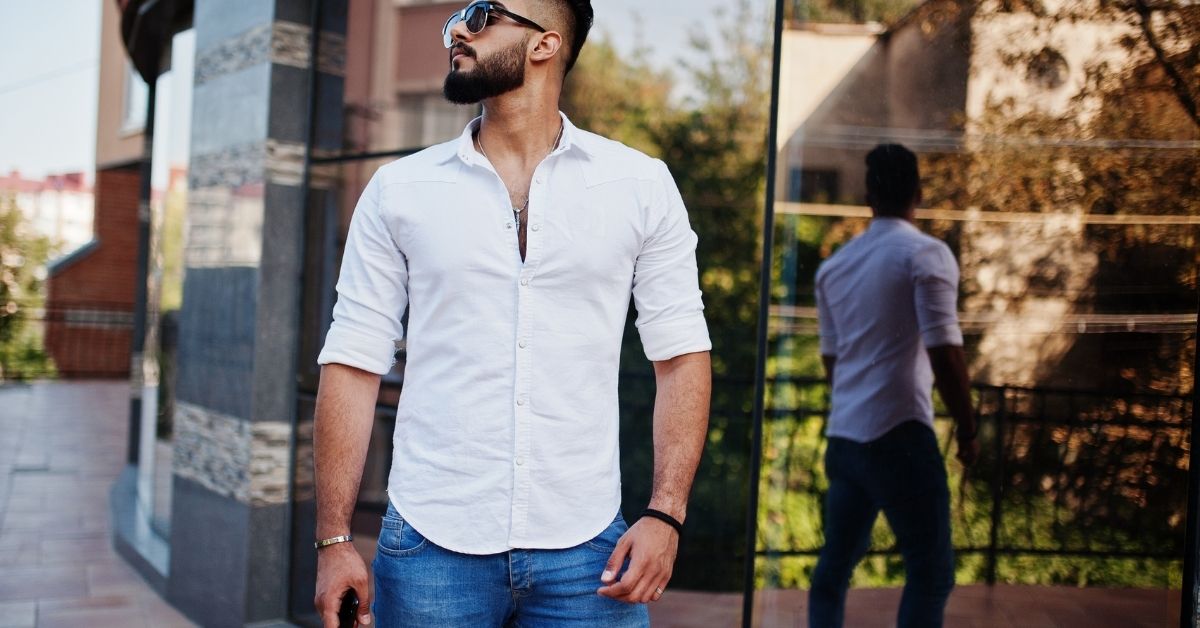 Taller men are generally perceived as more attractive than shorter guys. While there is no direct evidence that height plays a role in the perception of attractiveness, several studies show taller individuals tend to be more successful at dating and maintaining relationships.

Shorter men may also want to consider how they dress since clothing can affect your overall appearance. Believe it or not, everything about how we present ourselves can make us look taller or shorter.

If you’re a man questioning how to look taller, here are some great tips on how you can achieve that!

Stand up straight and tall 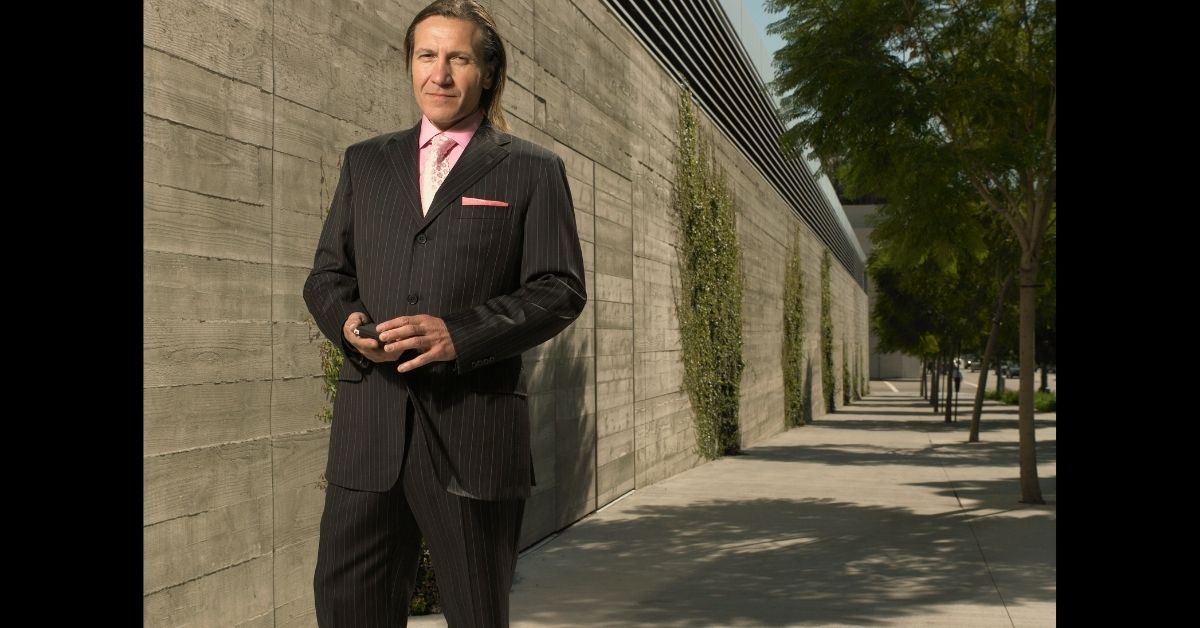 Standing with the shoulders back is an easy way to help improve the appearance of your height. Avoid hunching forward since this tends to have the opposite effect and make you look shorter.

It is essential to stand up straight as it will help with your appearance of height, but this will also improve your health since slouching puts strain on the back and neck. Good posture can even contribute to self-confidence, which others may notice when they meet you for business or social events.

Although standing up straight may seem like an easy thing to do, it does take effort and focus. Practice walking with shoulders back for improved appearance of height and posture. It may even help for you to practice good posture in front of a mirror. 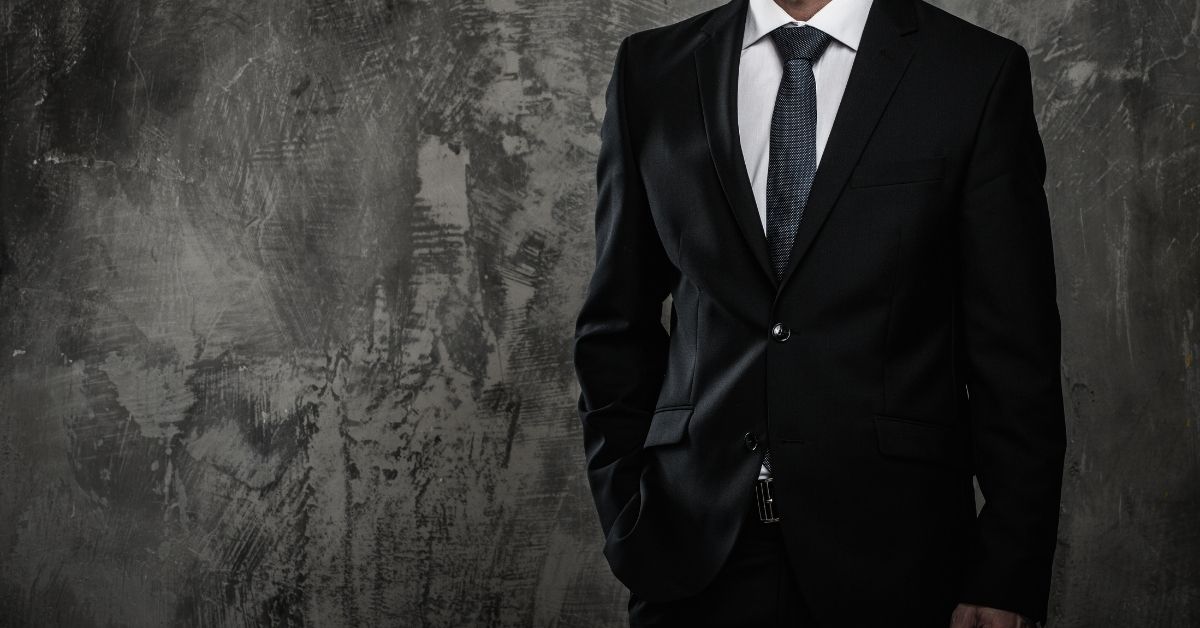 This is a common fashion tip that will definitely help you look taller. Wearing darker colors on the bottom with lighter tops helps to create visual contrast which is an optical illusion tricking others into perceiving you as being bigger than they normally would in reality. Wearing a white shirt with dark jeans is even more effective since it helps the legs to blend in and appear longer.

Avoid wearing black pants if you want to look taller as this will make your legs seem shorter than they really are.

If you are concerned about breaking dress codes for certain social events, don’t be afraid to check with someone who would know beforehand. For example, wearing a dark suit jacket and white dress shirt is commonly accepted in many formal social settings such as weddings or business meetings since it is considered proper etiquette and signifies respect for those around you.

Wear shoes that have a thick sole 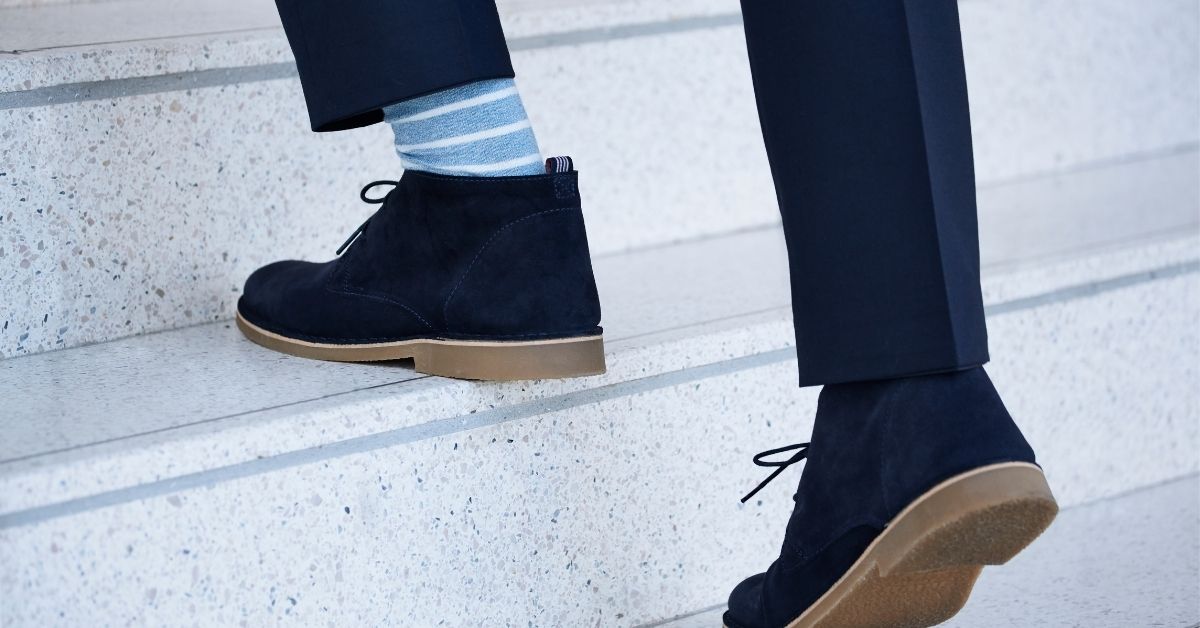 The thicker the bottom of your shoe is, the more it will make you appear taller and visually increase your height. Even a half-inch change in thickness can make a difference when trying to look taller, since shoes with thinner soles tend to blend into the ground, making you seem shorter. Shoes with thick heels will always be an asset to your wardrobe if you want to look taller.

If you prefer wearing boots or shoes with thicker soles, it is vital that the rest of your outfit matches so as not to appear out of place with what you are already wearing. For example, avoid choosing thick-soled work boots for a business meeting since they will just seem out of place. In general, it’s best to choose shoes that vary from thick-soled work boots and dress shoes, which are not as casual.

Avoid wearing clothes that are too baggy 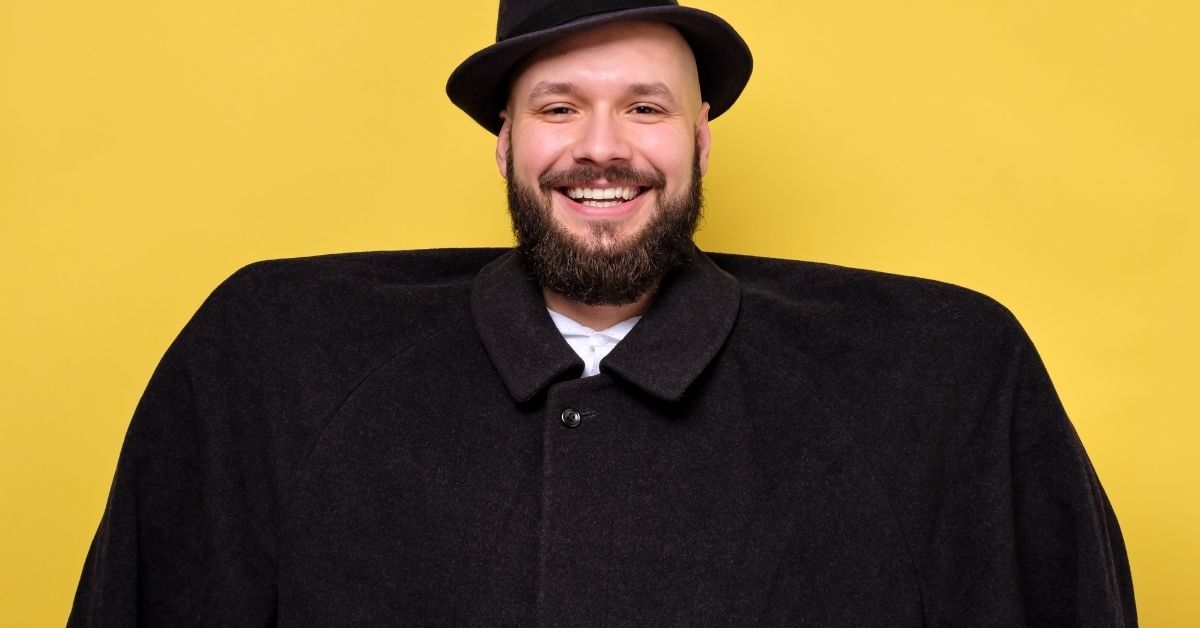 Baggy jeans or pants that are too long can make you look shorter than normal.

As a rule of thumb for looking taller, avoid baggy clothes that will hide your body shape. This may seem like an easy solution to looking taller since you won’t have to worry about what others think. Still, in the end, it defeats the purpose of wanting to look taller in general. In addition, wearing clothes that fit properly is a sign of respect for those around you. It signifies self-respect when dressing for social or business events.

For example, wearing baggy clothes may be the current fashion trend in some areas for men’s clothing, but it is important to avoid following this fad if you want to appear taller than your actual height.

Instead of choosing pants with extra-large waist size, or low rise pants, wear clothes that fit you properly and add a belt to keep them in place.

This will help you achieve the look of looking taller since it creates more contrast between your pants and shirt, making your legs seem longer than they really are.

Both men and women should avoid wearing extremely baggy clothes to create an appearance of being taller since it can have the reverse effect in many social settings.

Try wearing clothes with vertical stripes instead of horizontal 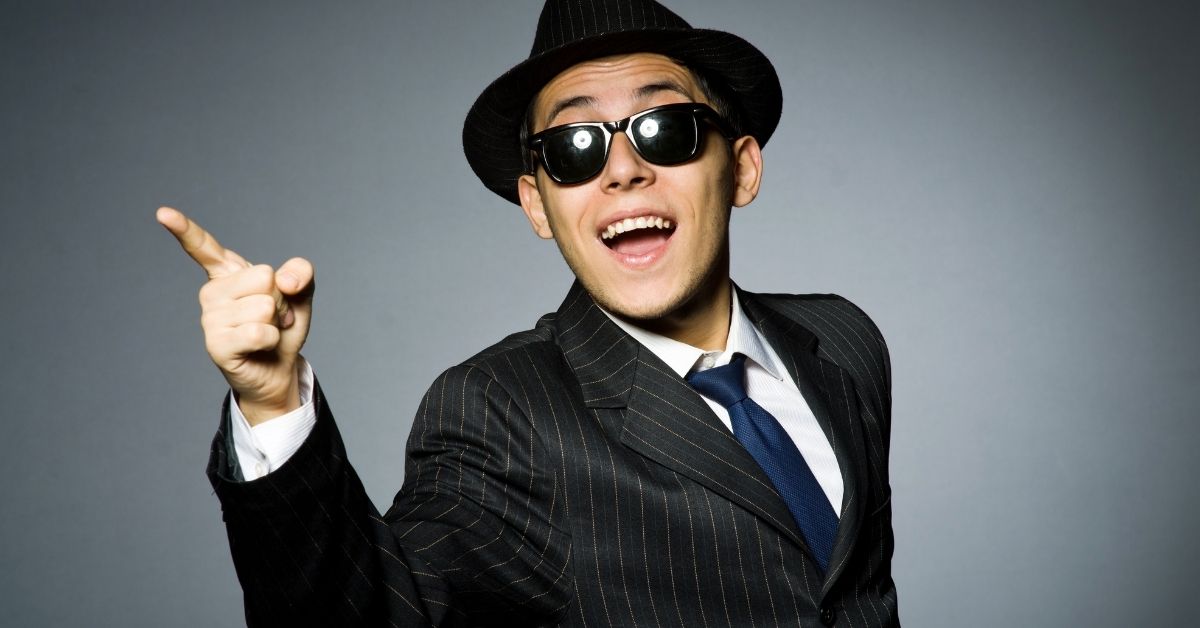 Wearing clothes with vertical stripes is an excellent way to create the illusion of being taller than you actually are. Horizontal lines tend to stretch out vertically, making both men and women seem wider overall compared to when they wear clothing with a vertical line instead.

Related: How to Match Men’s Clothes

Horizontal stripes aren’t necessarily a bad thing since some people feel more comfortable wearing them, but when trying to look taller, vertical stripes can help create a visual illusion of being longer.

In addition, wearing clothes with vertical stripes throughout your outfit from top to bottom instead of horizontal lines in at least some areas will make you appear taller than usual. 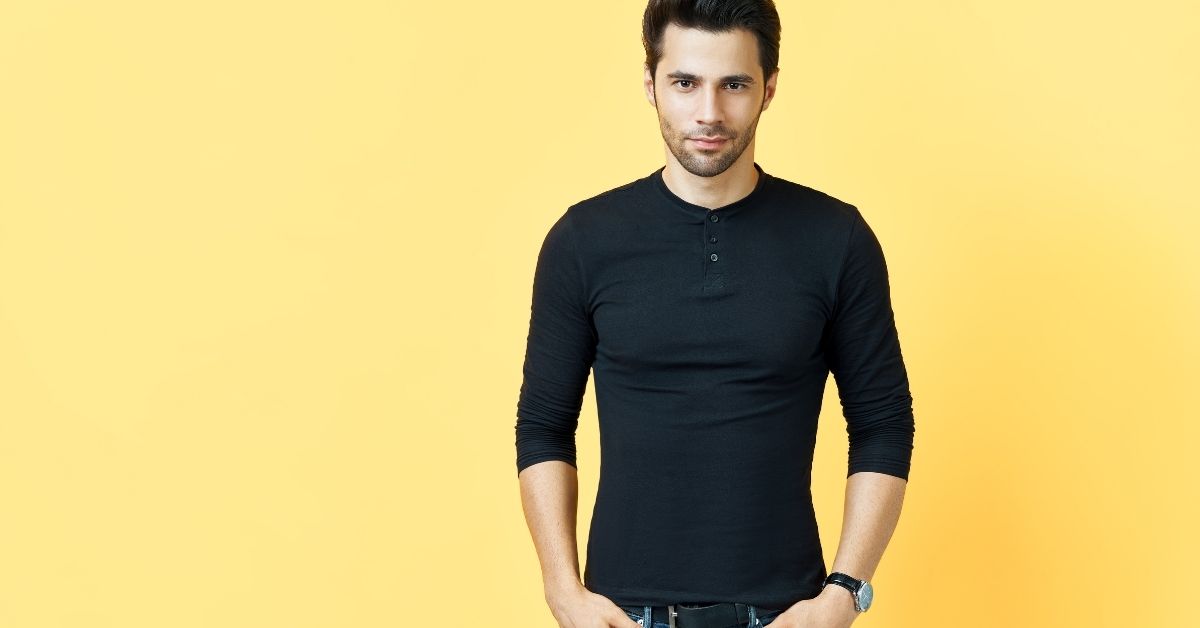 Slouching is one of the worst things that men can do when looking to appear taller than they actually are. Slouching will make your shoulders seem smaller compared to your head which means you’ll look much shorter overall. If possible, avoid slouching by sitting up straight in chairs or standing with good posture all the time.

One of the best ways for men to avoid slouching is by wearing a belt that will keep their pants up instead of letting them fall down around their hips, which can make you look shorter than normal. Try choosing belts with thick solid-color designs versus thin horizontal stripes. It adds more visual interest and doesn’t make you look shorter. 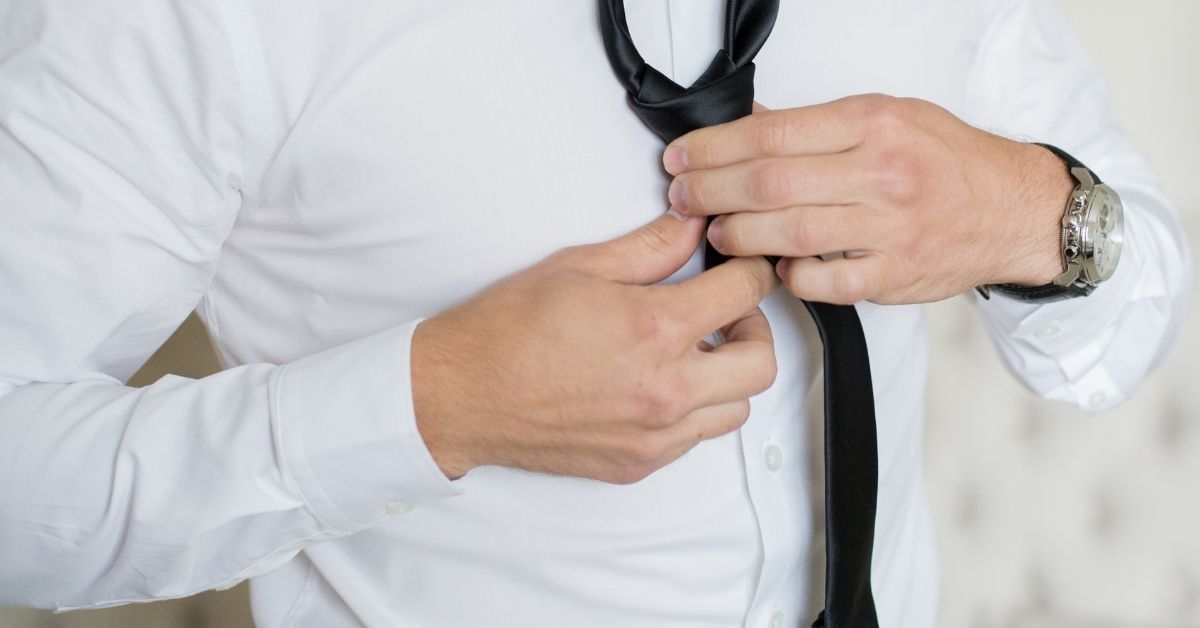 Wearing accessories that are appropriate for your height is another excellent way to look much taller compared to when you don’t wear them at all. For example, choose watches with thick bands instead of thin ones since they will add more visual interest than typical watches. Another excellent accessory tip is not wearing necklaces or chains around your neck, as they can make your neck seem much smaller.

Consider neckties, for example. If you’re not a tall guy, you don’t want to wear a large tie and use a full Windsor knot. Instead, wear skinny ties and a four-in-hand knot to make sure your ties do not extend beyond your waistline, avoiding the appearance of being shorter.

Look as tall as you possibly can by following these tips today!

You can’t make yourself taller by doing exercises or stretching techniques. Many people think that activities such as hanging, climbing, using an inversion table, and swimming can raise your height. Unfortunately, there is no evidence to back up these claims.

What is an attractive height for a man?

According to studies, some males are excessively tall, but the most appealing height range for men is between 5’11” and 6’3.

Can we grow height after 21?

No. After you reach 21, your body will stop growing, and there is no way to increase height past that point in time. However, there are numerous techniques to improve your posture in order to appear taller.