How To Get Rid Of Dad Bod 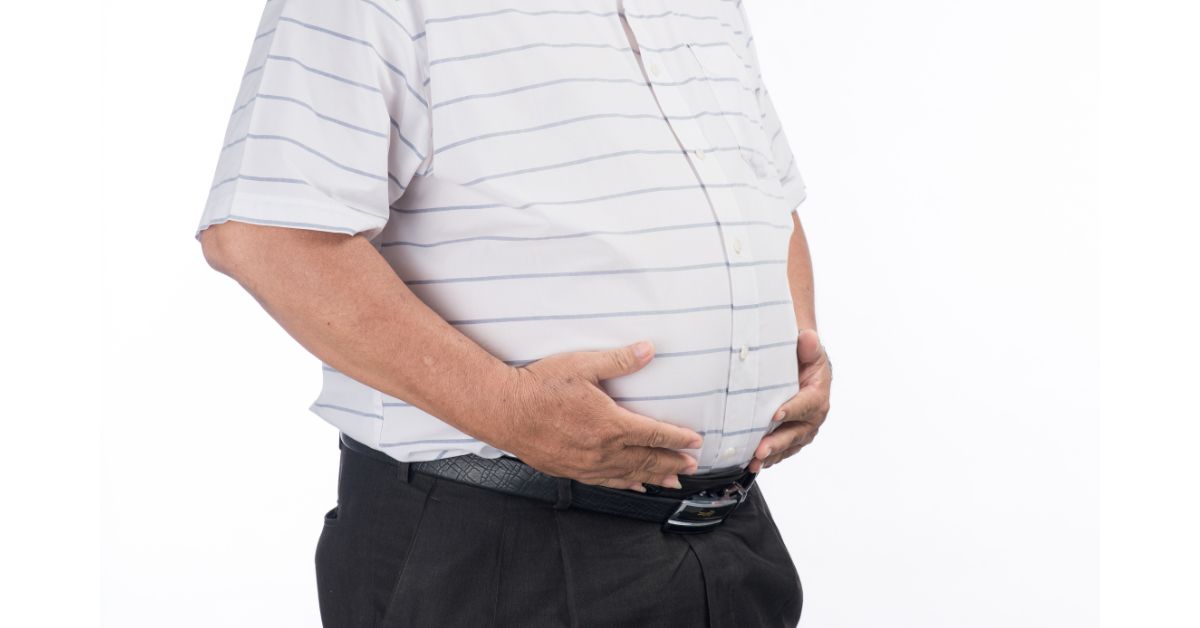 There’s no question that dad bods are in. But if you’re like most men, you don’t want one and think about getting rid of the dad bod. Men want to be lean and muscular, with a six-pack and chiseled features.

The phrase “dad bod” was coined in recent years to characterize the physical appearance of men who are not as fit as they used to be.

Maybe they’ve let themselves go a bit since they became fathers. Or perhaps they never really took care of their body in the first place. No matter the reason, dad bods are becoming more and more common.

Fortunately, getting rid of dad bod is not hard as you might think.

Why am I getting a dad bod?

There’s no need to be ashamed of getting a dad bod – it’s a perfectly natural (and totally common) phenomenon. So why does it happen? Well, there are a few reasons.

First, as we age, our metabolism slows down and we start to lose muscle mass. This can lead to an increase in body fat, especially around the waistline.

Additionally, lifestyle choices like drinking alcohol and eating unhealthy foods can also contribute to the development of a dad bod. But don’t worry – there are plenty of ways to fight back against the unwelcome spread of belly fat.

Regular exercise and healthy eating are key, of course. But there are also a few other tricks that can help, like wearing compression clothing or using a weight loss cream. With a little effort, you can keep your dad bod at bay – and help improve your health in the process.

In this article, we’ll discuss the causes of a dad bod and outline some simple steps you can take to finally get rid of your dad bod for good. 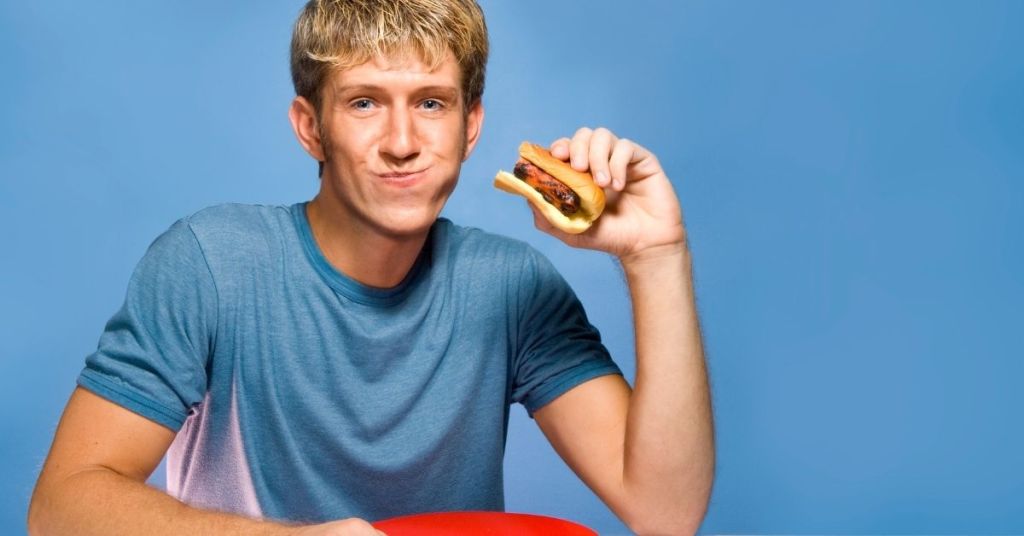 The important thing you can do to eliminate dad bod is eating the right foods. It’s a lot easier than you think! Instead of eating processed junk, fill your diet with unprocessed whole foods like fruits and vegetables.

These are high in nutrients and can assist your body stay healthy while also helping you lose weight.

In addition, you should also make sure that you’re getting enough protein. Protein is essential for building muscle and burning fat. Include a source of protein in every meal. 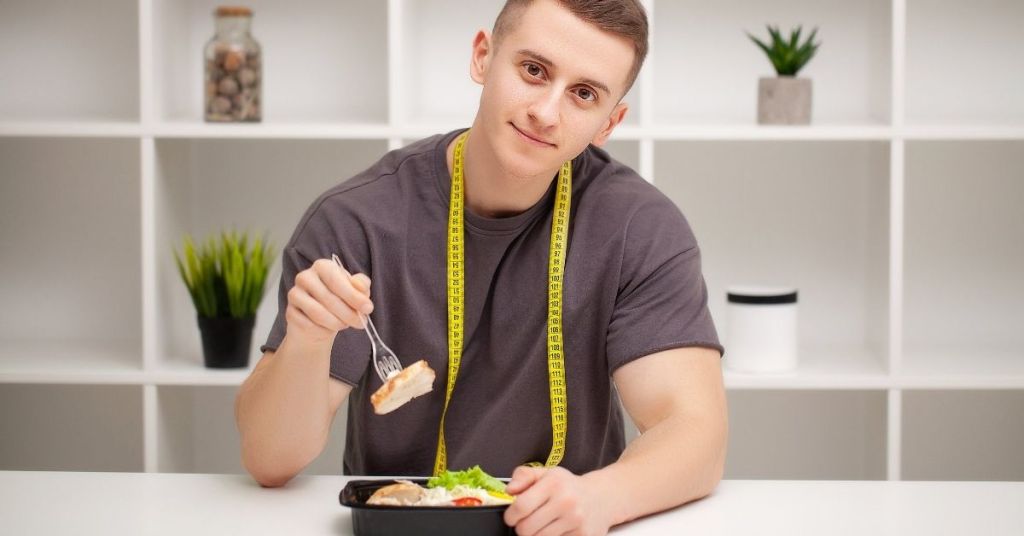 Your morning meal can drastically help you boost your metabolism and keep you going throughout the day.

One of the best times to eat protein is for breakfast. Studies have shown that eating a high-protein breakfast can help reduce cravings later in the day and may even help you lose weight.

Protein helps keep you full, and it also provides your body with essential nutrients that it needs to function correctly.

Eating between 9 AM and 11 AM is the best time to eat protein. This will give your body enough time to digest it before going about your day. Taking vitamin B12 can also help with weight loss. 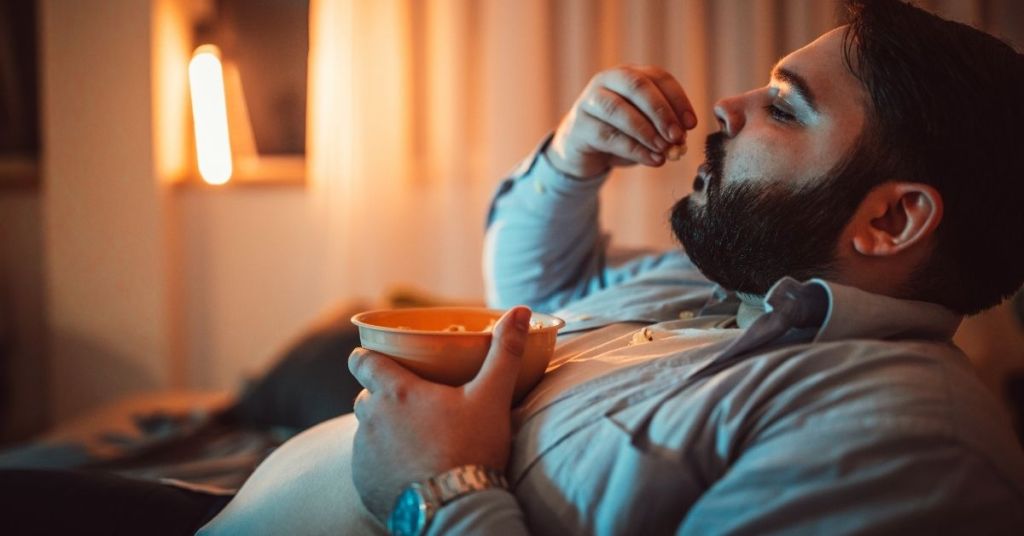 Dad bod is caused by low metabolism, which causes fat to build up in your body instead of being burned off as energy.

One way to help increase your metabolism is to eat small meals every two hours. This will keep your body constantly working and burning calories.

Furthermore, eating smaller meals throughout the day will help you stay fuller for an extended period. This means that you’ll be less likely to indulge in unhealthy snacks later on in the day. 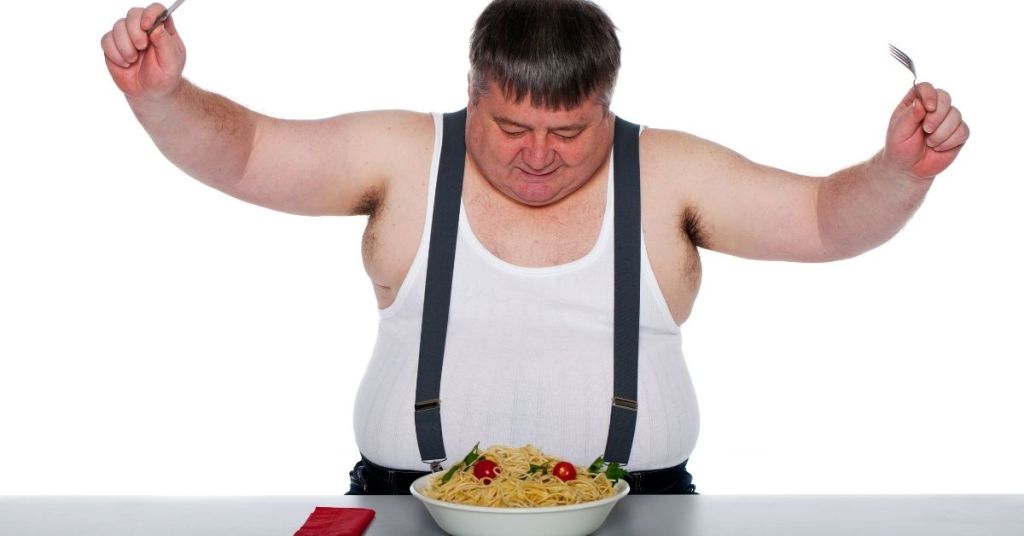 It’s no secret that one of the best ways to lose weight is to reduce your calorie intake. But if you’re trying to get rid of your dad bod, you may need to take things a step further and really cut back on the amount of calories you’re consuming each day.

The recommended calorie intake for adults is 2,000-3000 calories per day. But if you’re trying to lose that belly, you may need to consume less than that.

To reduce your calorie intake, start by cutting out high-calorie foods such as sugary drinks, processed snacks, and fatty meats. Instead, focus on eating more fruits, vegetables, and whole grains. You should also make sure to get plenty of protein, which will help you feel full and satisfied after meals. 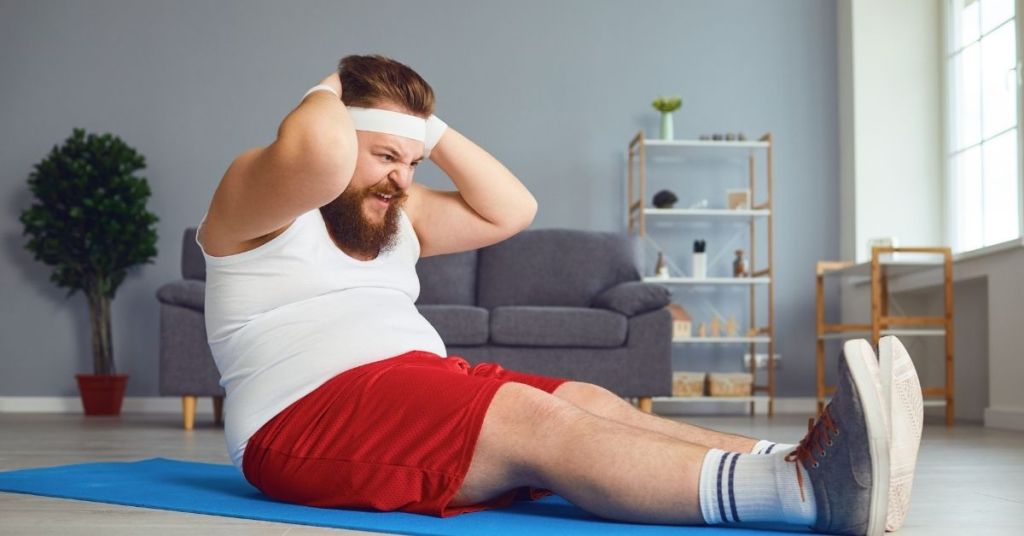 Visceral fat is the harmful sort of fat that surrounds your organs. It can lead to several health problems like heart disease, type II diabetes, and even cancer.

The best way to get rid of dad bod is by doing high-intensity exercises combined with weight training. This will help you burn off the visceral fat while also building muscle.

However, if you don’t have the time to go to the gym, there are a variety of workouts you may do at home. Just make sure that you’re getting in at least 30 minutes of exercise per day. 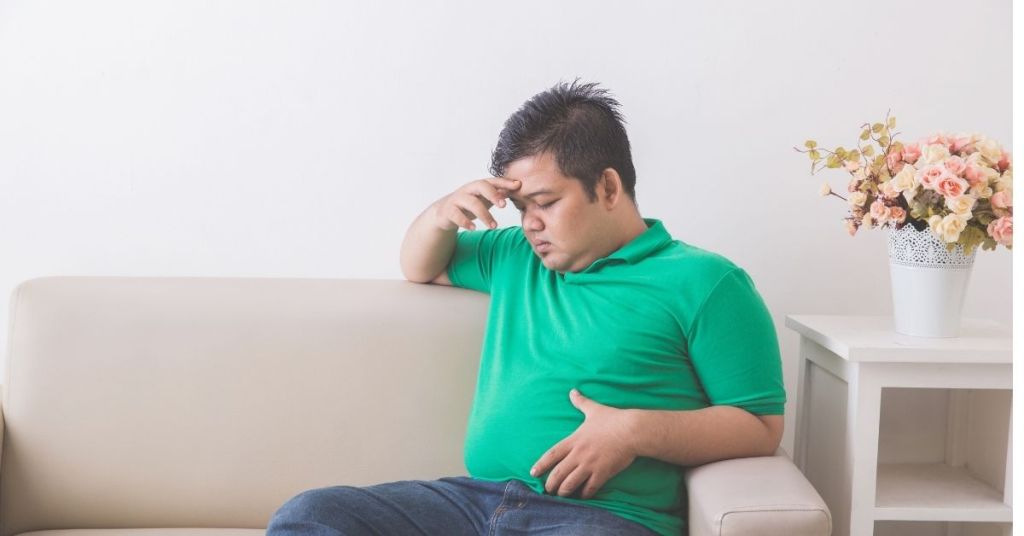 Stress is dad bod’s best friend. Stress will cause your body to secrete the stress hormone cortisol, which in turn will lead you to gain weight and exacerbate that dad bod appearance.

In addition, stress can also be caused by not sleeping enough. Sleep deprivation can cause you to eat more calories than you burn throughout the day since it disrupts your metabolism.

So if you’re trying to get rid of the dad bod, then make sure you’re reducing your stress levels as much as possible. This means practicing yoga or meditation, getting enough sleep, and spending time with friends and family. 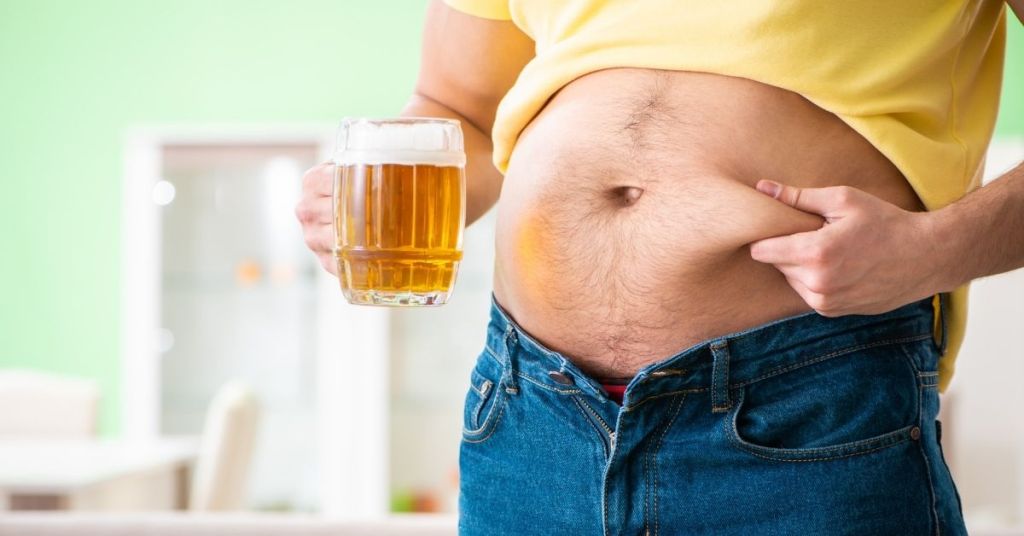 The dad bod is also caused by excessive alcohol consumption. Alcohol is full of empty calories, so it’s no wonder those who drink too often are faced with a beer belly every time they look down!

Related: How Non-Alcoholic Beer Is Made

Drinking too much alcohol can also have adverse effects on your health, such as causing liver damage and increasing cancer risk.

If you want to rip off the dad bod, you need to cut down on your alcohol consumption.

Get a proper night’s sleep 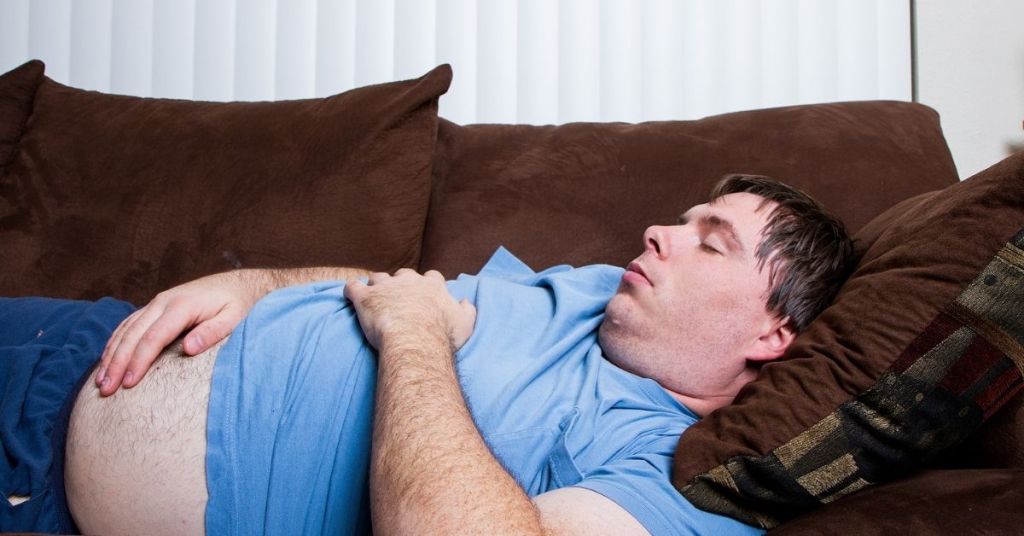 Dad bod is also caused by not getting enough sleep. When we don’t get enough sleep, our bodies produce more ghrelin (the hunger hormone) and less leptin (the satiety hormone). This causes us to feel hungrier than usual, which leads to overeating and weight gain.

So make sure you’re getting at least eight hours of sleep each night. This will help your body produce more leptin, which will make you feel less hungry throughout the day. 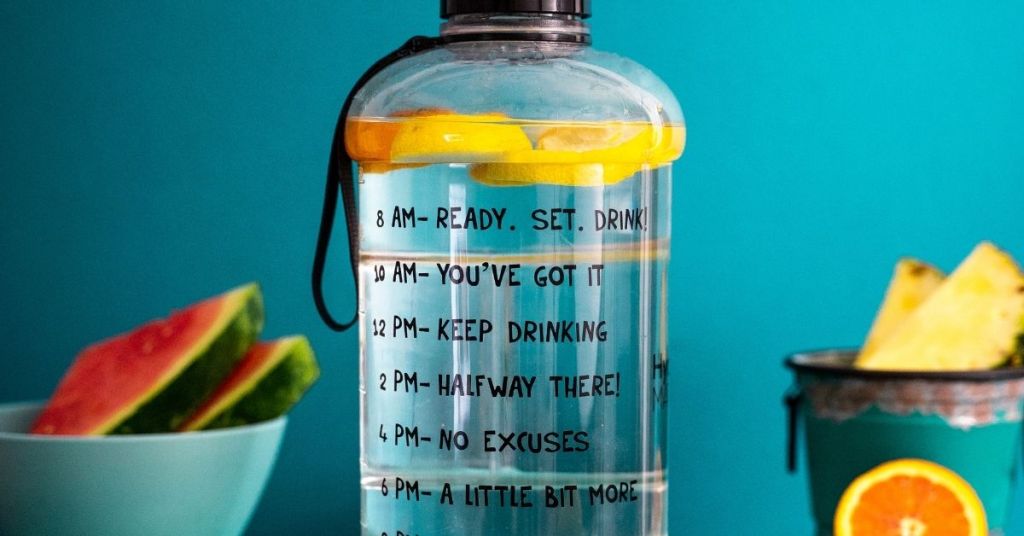 Water is important for your body to function properly. It’s also essential that you drink enough water each day because dehydration can lead to dad bod.

If you’re not consuming enough water throughout the day, then the chances are good that dad bod will start creeping up on you sooner rather than later!

To ensure this doesn’t happen, make sure you’re drinking at least eight glasses of water per day. If possible, try to drink even more than this amount.

Some people may need less or more depending on their weight and activity level.

What exactly is a dad bod?

The phrase “dad bod” has been making the rounds lately, but what exactly is it? Basically, a dad bod is a man’s body that is slightly out of shape, but still attractive to women. It’s the kind of body that says, “I’m not perfect, but I’m comfortable in my own skin.”

How long does it take to get rid of a dad bod?

It depends on how much weight you need to lose and how dedicated you are to getting rid of the dad bod.

However, if you’re eating healthy and exercising regularly, you should start seeing results within two or three months.

Is it bad to have a dad bod?

For years, society has placed a premium on having a “perfect” body- one that is toned, muscular, and free of any excess fat. As a result, many men have felt intense pressure to conform to this ideal. However, in recent years, there has been a shift in the cultural conversation around male bodies. In particular, the so-called “dad bod” has become increasingly popular, with many men embracing their natural physiques. So, is it bad to have a dad bod?

There is no simple answer to this question. On the one hand, some people argue that all bodies are good bodies, and that men should feel proud of their physiques regardless of how they compare to societal standards. Others argue that the dad bod represents a lack of self-care and an acceptance of poor physical fitness. Ultimately, the decision of whether or not to embrace the dad bod is a personal one. However, there is no doubt that the changing cultural conversation around male bodies is providing more opportunities for men to feel comfortable in their own skin.

Next: 6 Things You Need To Know About Men’s Dandruff